Skip to content
[FINAL HOURS] Get sub-$1k pricing for TK-02 through 1/9. Pre-Order Now
Back Treetop Journeys is Teaching New Yorkers How to Farm Through Glamping

Treetop Journeys was founded by Jacob Willner as a radical alternative to the conventional camping excursion. Instead of sourcing ingredients from a supermarket and roasting weenies around a campfire (no shame in that, though), Jacob and team grow all their food fresh on the land. While learning about the importance of organic farming, you’ll spend your time at Treetop Journeys embracing the surroundings and come away with a new appreciation for the great outdoors. In the spirit of sustainability and better morning rituals (there's nothing worse than meh campsite coffee), we set Treetops up with a TK-01. While excited campers were pulling shots and drinking in the idyllic upstate atmosphere, I spoke to Jacob about Treetop Journey's mission, vision, and what campers can expect from a weekend getaway here. 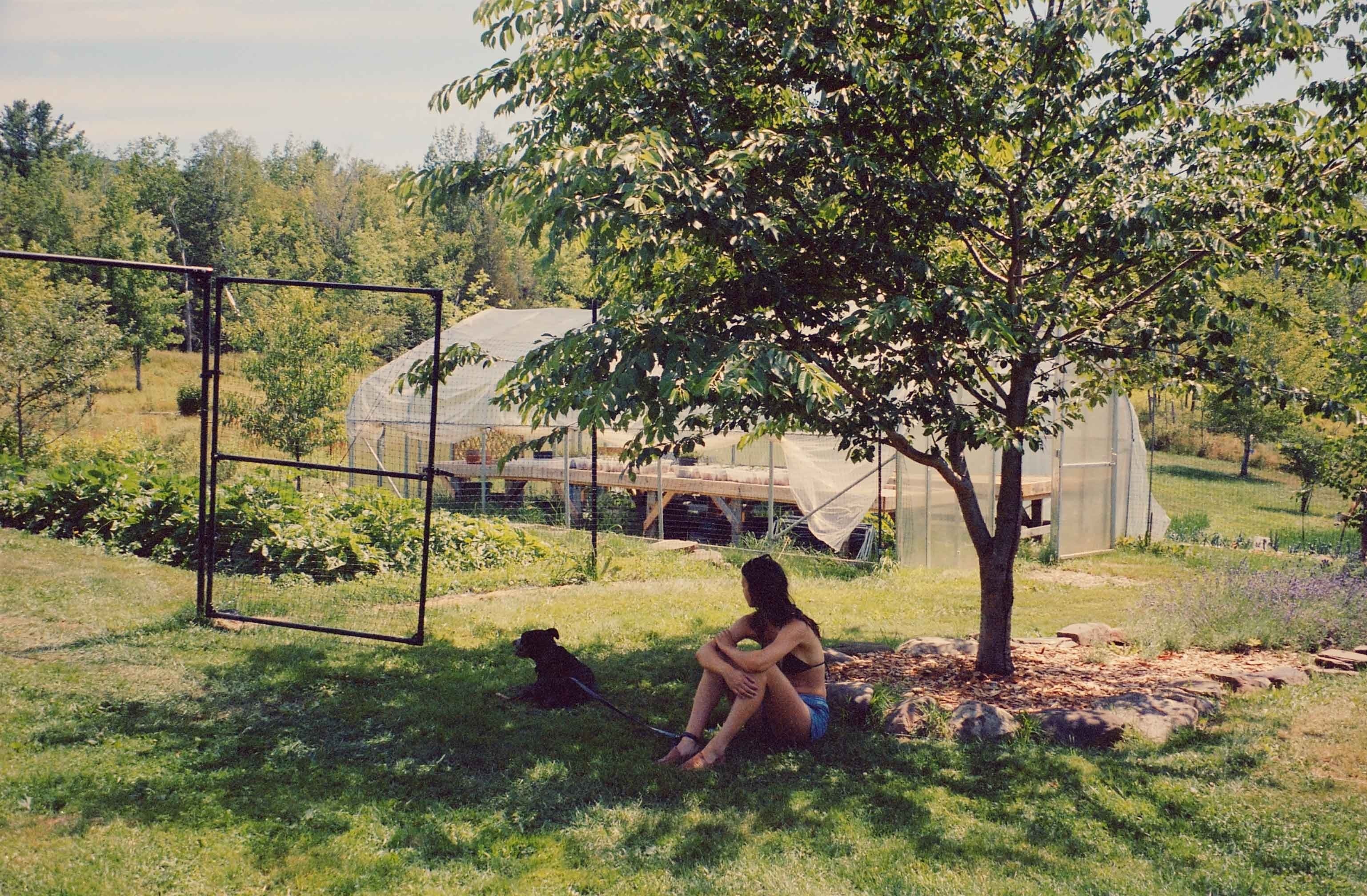 While you or I may think of camping and farming as monoliths, we learned from Jacob just how the two intersect and what it means to spend some time on an organic farm in The Catskills. Check out a recap of our weekend, followed by a one-on-one with the man himself:

Hey Jacob, what are you doing right now at this moment?

Where do you host the campsite?

JW: We host our farm to table camping events and dinners on a farm in the northern Catskills called Mossy Stone Farms. The farm is located on top of a mountain with about a 2,000 ft. elevation. Which is beneficial because, while climate change has affected the ability to grow down near sea level, we’re at an elevation that hasn’t been touched by global warming just yet.

We work with farms that are contributing to the soil and environment rather than taking from it. The farms that we work with are always no spray & no-till, which means they don't use herbicides, chemical fertilizers, or synthetic pesticides that are harmful to both the environment and humans. Instead, the farms use copious amounts of organically produced compost, and in some cases beneficial cover crops.

And how are folks getting out to this farm?

JW: Yeah so, a big part of Treetop Journeys is helping people from the city who don’t have the know-how, don’t have the gear, or don’t have the car. We make it a very simple one-price package that provides everything. Transportation from the city with a personal driver, tents, sleeping bags, full bar, food, and anything else that you can think of in a camping experience. But all they need to bring is the clothes they wish to wear— otherwise they are totally provided for, and I think that’s what makes Treetops so special in that capacity. 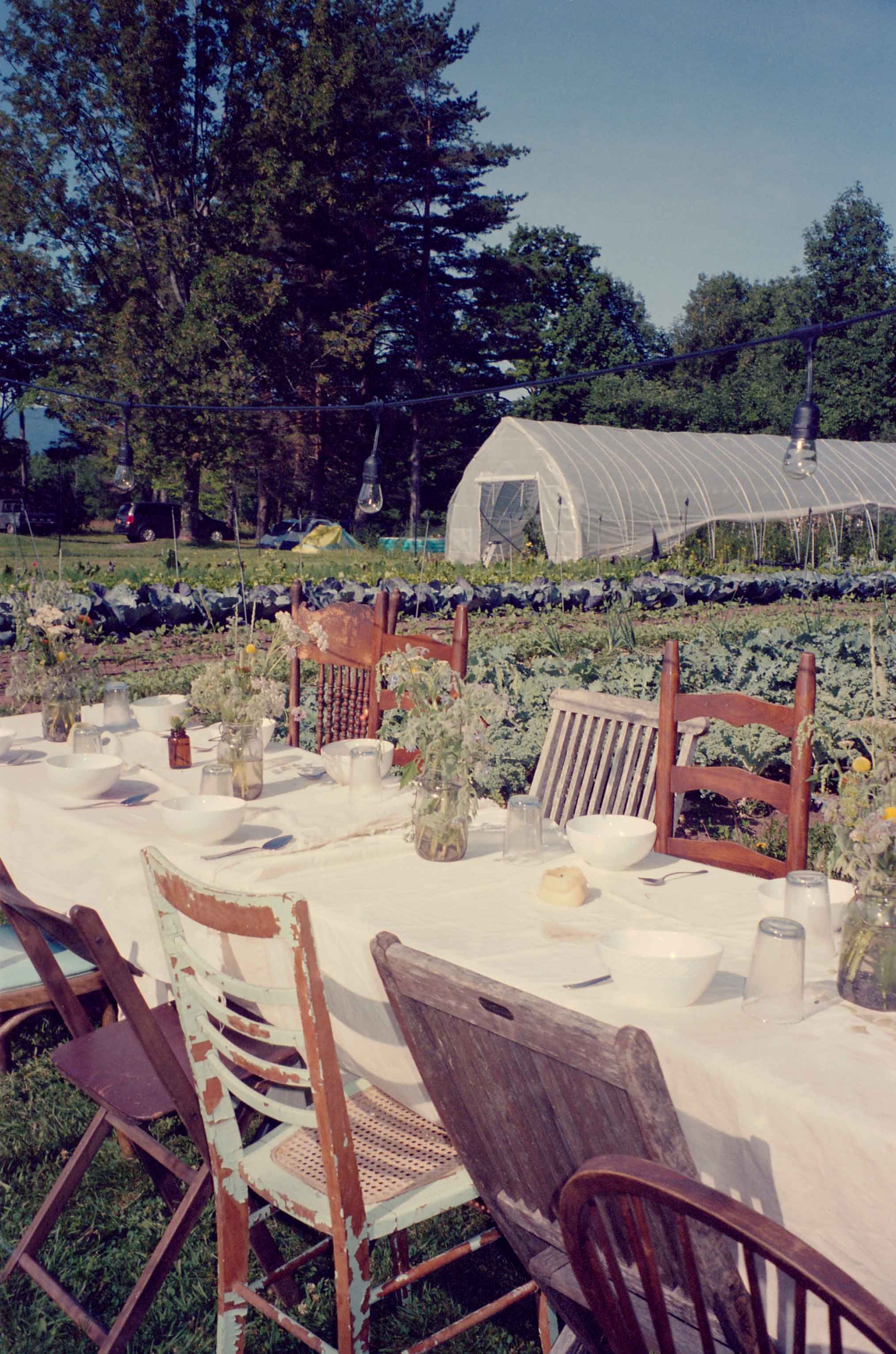 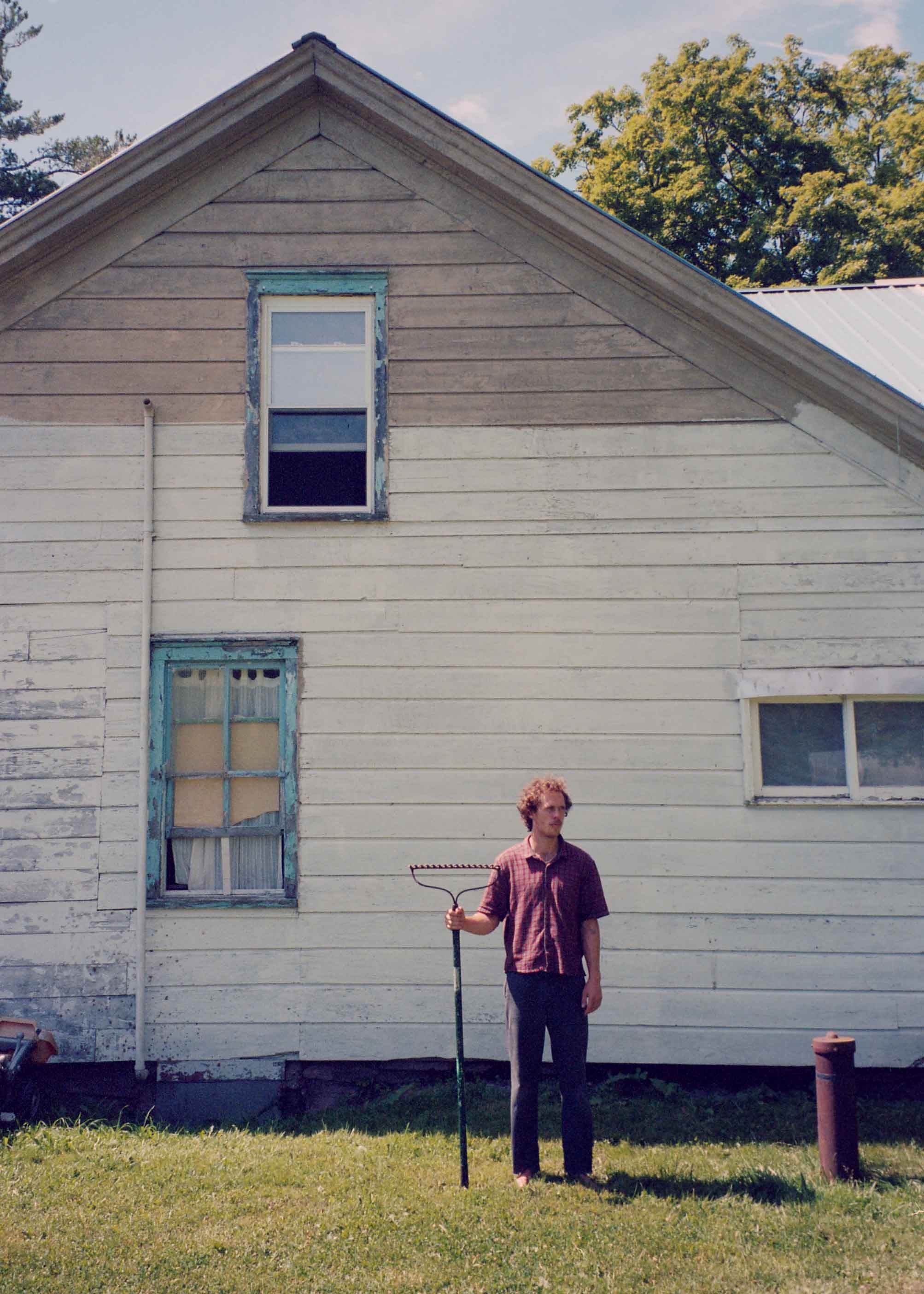 — When a vegetable is grown how it is supposed to be grown, I promise you it will taste nothing like the ones you’ve had before or bought in a store. —

Seems great, what are some of the activities that go on during these trips?

JW: I think one of the draws of these trips is the way that this farm is a lot different than how other farms do it. And I think most people who come from the city have never pulled a vegetable from the ground or seen what a vegetable looks like as it’s growing before it’s in the grocery store.

Which is probably taken for granted...

JW: Yeah, so one of the things that we do when the campers arrive is a farm tour and harvesting workshop. The farmer here explains what is growing and why — and the campers then learn about when to plant asparagus, why we grow carrots in winter, and explain how the heck he’s growing rice on the East Coast? (Which is not something most people thought you can grow here). But if you understand the climate of your farm versus the climates of where certain crops typically grow, you can game the system and replicate the conditions wherever. You control the surrounding elements the same way they do across the world.

JW: He is— it is very special and there aren’t many other farms like this in the world. We hope that the more people we bring on to the farm, the more we can educate on a better system of farming; one that’s better for the world, better for the environment, and better for the soil. We want to get the word out that this farming system is possible and doesn’t require that much work, so long as you educate yourself and know what you're doing.

So does this make you want to farm more than you already are now? Or are you more into the hospitality side of Treetops?

JW: I bounce back and forth — sometimes I see how hard the farmer is working and it’s hard to imagine, but I think that I see myself as more of a project coordinator who organizes more events around farms like Mossy Stone. I want to work with different farmers and let them show off their talents to create many educational moments for people who want to get into organic farming in general.

Traditional agricultural farms with longer beds require larger machinery. The bad thing about this is that those machines are really heavy, and compact the soil, which puts a lot of pressure on what’s underneath the soil, the stuff that makes the vegetables healthy and strong. That’s why it’s important to properly aerate and protect the microorganisms in the soil because they always improve the vegetables year after year. It really comes down to what you’re putting into the soil and how you are treating it.

One of the most special moments that I have is when clients who are on the trips say “I don’t like this vegetable or that one” I say just trust us — when a vegetable is grown how it is supposed to be grown, I promise you it will taste nothing like the ones you’ve had before or bought in a store. Then they take a bite and say they never knew something could taste as good as it does. 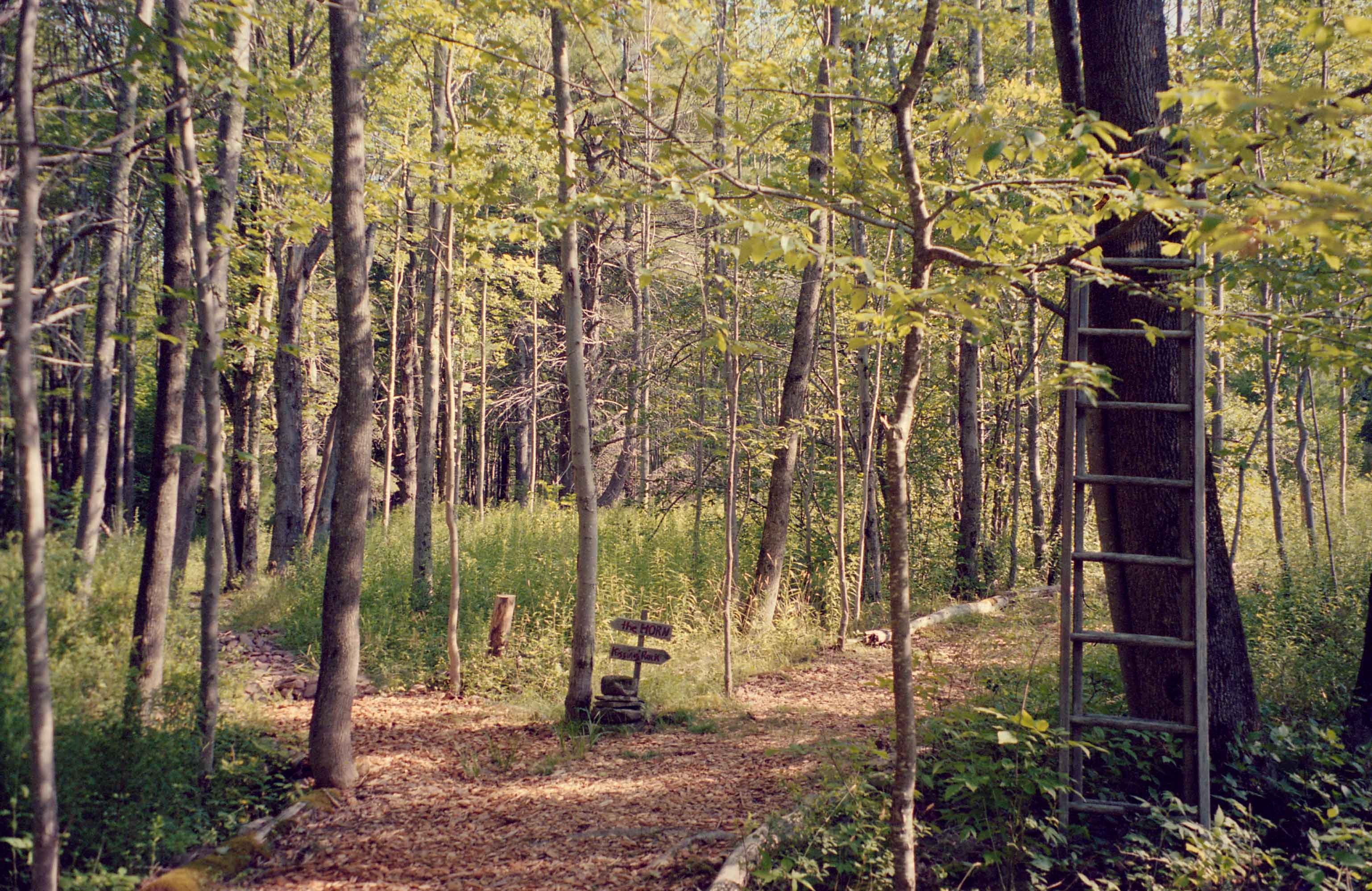 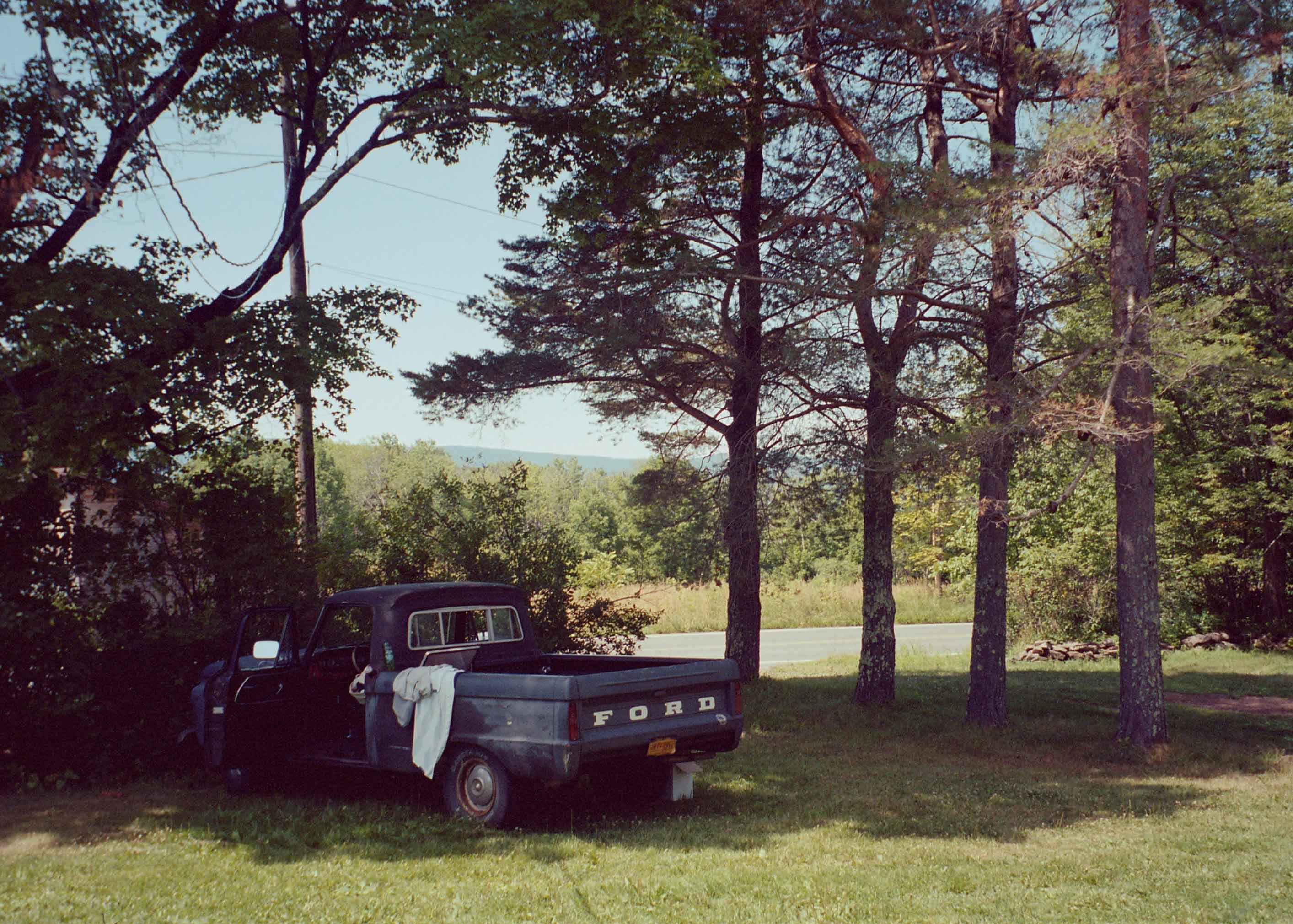 — Gathering at a farm to table event that has no walls, only fresh air and the surrounding sky. —

Is the farm-to-table experience crucial for Treetops being as successful as it is?

JW: Gathering at a farm to table event that has no walls, only fresh air and the surrounding sky. Slows everything down. Slow it down enough to allow us to be yourself. Conversation at the table evolves naturally — each person contributing organically with intention. Treetop Journeys believes that creating a journey around a farm to table event gets people the space to allow this to happen.

And who is the typical camper? Who is the person that tends to sign up for a camping excursion?

JW: Our typical camper is someone who doesn’t camp too often, looking for a new experience that showcases the outdoors and upstate New York. Most people who come on the trip aren’t coming for the farm workshop or that as a highlight, but once they learn, they walk away with new information they have never known before.

People who come to collaborate with us on the farm all have their own crafts and hobbies that contribute to the overall experience. They bring stories and create shared moments with the campers and staff. This is where we find camaraderie during these excursions.. By the end of the night it usually feels as if we’ve all been friends for a while. 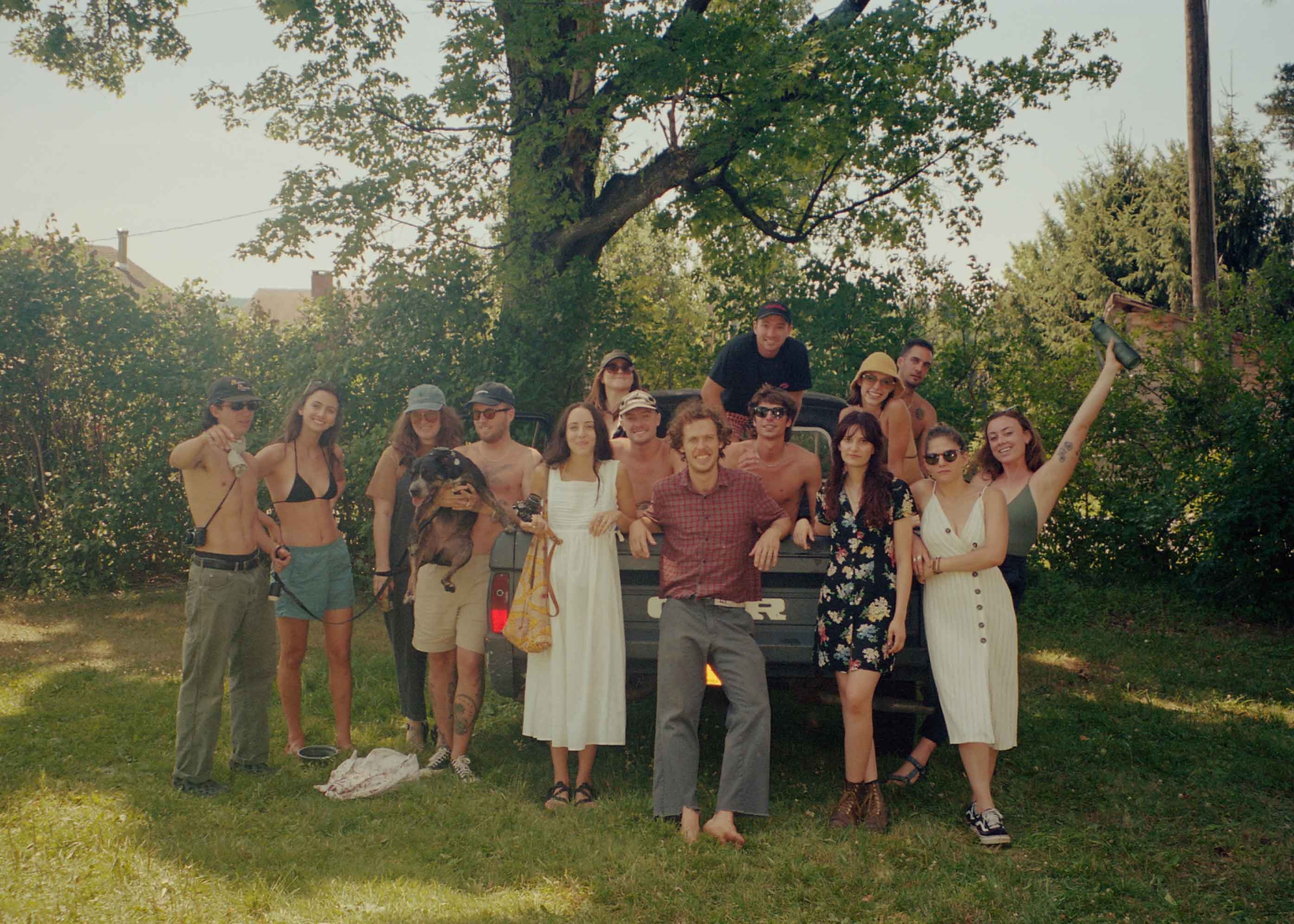 Looking down the line, after finishing your second year of this, what do the next two years look like?

JW: Ideally would be tapping into new regenerative farms, spreading into new clientele across the country. This would open up this conversation to a wider variety of people, and allow us to tell the story of farmers similar to the ones at Mossy Stone — highlighting more people rather than the same farm over and over. Instead of just one farmer to 12-15 people at a time on a single farm, we want to educate 50 people across 3 or 4 farms all during the same weekend, at the same time.

Well it seems like you have people coming from all over the place already.

JW: Yeah! I have people coming from all over the East Coast, from the West Coast, from Europe, and from Canada. It’s really starting to spread and it feels really good. I think the foundation of Treetop is educating people about how an outdoor experience can be special and different, while educating about a unique farming style that has been forgotten about. But each trip is made up only of the people who are staying overnight and camping with each other. Whether it is the combination of our chefs, our workshop leaders, our staff, and definitely the campers— they will never have an experience similar to others since these are the components that make trips different from one another.

What's next for Treetops?

JW: We hope to see our journeys as a unique experience that will eventually reach all fifty U.S. states. With camping events set in vineyards, beaches, meadows, fishing docks in an effort to showcase organic, sustainable and regenerative farms that can exist in any landscape.